Anthropology in Québec has developed chiefly within academic circles. Educated principally in American, British and French universities, most anthropologists have been rarely associated with Québec nationalism. However, their analyses of capitalist development in native or peasant populations and discrimination against women and minorities did favour collaboration with the political left. Their published research, though reflecting the major ongoing debates in Anthropology, has attracted little attention internationally. Since 1980, the main challenges facing Québec anthropologists has been to break out from the confines of their academic milieu and to achieve better international recognition. 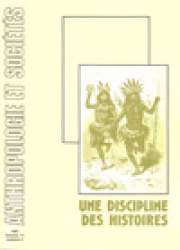