The recent introduction of satellite-dish television and ils coincidence with the rise of islamist fondamentalism are at the outset of this article which seeks to weigh their impact in thé transformation of the public space in Algeria. Public space is reshaped today by institutions such as media insofar as its extension no longer coincides with the national tenïtory. Thanks to the interconnection of the media, national borders have become increasingly permable and the public space has opened up to influences from the outside. As a resuit of the arrivai of satellite dishes. viewers not only act collectively in organizing the viewing. but each of them has a new basis to assess and to critique her/his social and political environment. The transformation of the public space can also be traced through the identity positionnings provoked by alien images. These positionnings can be understood as a reaction either to the discourses/images from the outside or to the kinds of imposed identity factors set up by the authoritative regime. 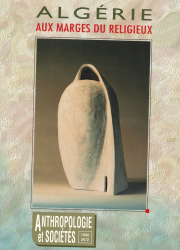