Gender, Class and Socioeconomic Mobility Among the Baulé (Ivory Coast)

Precolonial Baulé society was characterized by a high degree of socioeconomic mobility on the part of both sexes. Prosperity attracted dependents and the latter, in their turn, contributed to prosperity. It is thus that a senior man or woman could accede to the status of ancestor. The models and values of the past still govern the strategies used to attain success by female city dwellers of rural background. However, the effects of class relations and the current process of social reproduction as gender relationships tend, paradoxically, to promote the very conditions of inequality that these women wish to escape. At the same time the social networks linking the urban and the rural milieux that serve as the bare for a certain integration of Baulé society within the state context are now being threatened. 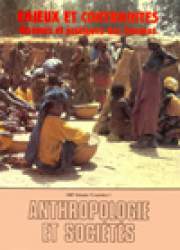